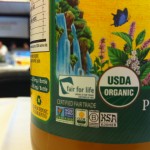 Rep Pompeo says, “Every study that has been done has shown there is no health or safety risk connected to genetically modifying organisms. None. Zero.” That just ain’t so, Rep Pompeo.

Representative Mike Pompeo (R-Kan.) made this statement on a recent KAKE News report (Aug.10,2015) in defense of his so-called “Safe and Accurate Food Labeling Act of 2015“. Opponents have dubbed his legislation, the “Deny Americans the Right-to-Know” Act (DARK Act). Rep Pompeo’s bill is hardly about “safe and accurate food labeling” as it would preempt states from requiring GMO labeling, make it virtually impossible for the FDA to mandate a national GMO labeling system, codify a voluntary labeling system and allow “natural” foods to contain GMO ingredients.

I believe Mr. Pompeo is an intelligent man, so why would he make such a false statement? He is either misinformed or lying deliberately at the behest of the mega-corporation (Monsanto) that stands to profit the most from expanded GMO acceptance.

While it’s somewhat true that none of the studies funded by Monsanto have shown health risks with GMO’s, there are numerous independent studies conducted by others that show significant health or safety risks with GMO.

The FDA, in its response to a lawsuit filed by the Center for Food Safety in 1998, admitted in court that it had made “no dispositive scientific findings,” whatsoever, about the safety of genetically engineered foods. Instead, they have relied entirely on the Monsanto sponsored studies which were only 90 days in length. Other longer term studies have shown dramatically different outcomes than those limited Monsanto studies.

We need a FDA review system based on independent studies and published science, not industry science.

Apparently, Rep Pompeo has chosen to ignore the following: 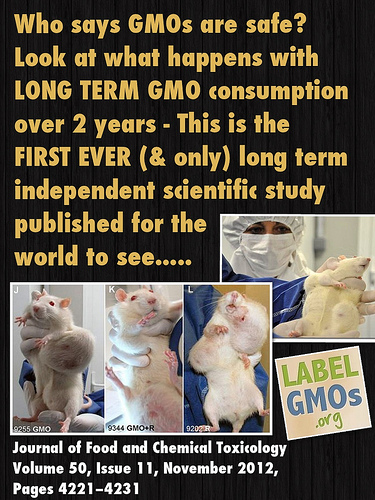 At the very least, we should proceed with caution and be transparent with the American public.  Much of the research is inconclusive.  But, there is ample evidence indicating caution. We don’t really know what the long-term effects are of consuming GM food.

The FDA has relied on the “generally recognized as safe” (GRAS) exemption based on the notion of “substantial equivalence” – the strong, a priori presumption that GE crops are largely the same as their conventional counterparts.  This assumes not only the safety of the transgenic protein, but also the absence of any potentially harmful, unintended effects of transformation.

The FDA has left it up to the biotech industry to decide whether or not a transgenic protein is GRAS, and so exempt from testing (FDA Policy, 1992), and has yet to revoke an industry GRAS determination and require food additive testing of any transgenic crop.