Users of Cox High Speed Internet are now having both their incoming and outgoing email censored at the sole discretion of Cox Communications.

According to information found on the Cox High Speed Internet website, Cox Communications launched a network-based anti-spam solution that will allow them to recognize and block spam from Cox email users and known spammers using rules-based methods and also white or black lists. 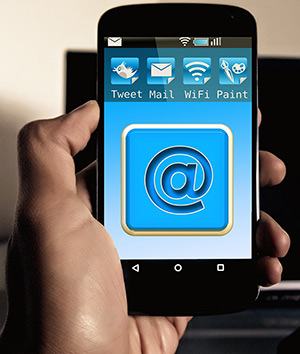 Even though the Cox High Speed Internet subscriber agreement already prohibits customers from using the service to send spam or any other unsolicited mass e-mailings, they also block users from sending individual legitimate personal and private (non-spam) emails based on their undisclosed filtering scheme.

Cox was contacted regarding the filtering of individual email on their outgoing SMTP servers, but they have refused to admit to me they were doing it.

After extensive tests of their service, it has been demonstrated repeatedly that legitimate personal email messages are being censored. Most generally the blocked email contains a legitimate URL that Cox has deemed unsuitable to be sent through their servers.

Why This Is a Problem

Can create unfair competition
Imagine also the consequences to businesses in a highly competitive market. With the stealth filtering of outgoing email by the ISP, it is possible that one business could arrange to blacklist another business in their same industry, thus gaining an unfair competitive advantage.

Damages a businesses reputation
The economic consequences for small home-based businesses can be disastrous if they rely on the delivery of important communications to their customers. Since there is no notice given regarding the blockage of email, a business would never know their customers are not receiving the messages until a customer were to complain of the non-responsiveness of the company trying to send email.

Denies customers of services they pay for
When a person subscribes to Cox High Speed Internet services, they generally expect a reliable service in exchange for their subscriber fees. When their legitimate personal or business email is denied without their consent or knowledge, it is in effect a denial of expected services.Cox blocks all network traffic from residential customer IP addresses going outbound on port 25 (SMTP) at their routers and requires all email sent from their Cox High Speed Internet connection to be routed through a Cox SMTP server. The filter of port 25 impacts those Cox customers who use third-party mail servers including mail services provided by their personal domain hosting company. Any software configured to use an SMTP server other than smtp.*.cox.net to deliver email directly to a recipient’s server will not work. Customers using third-party email services must configure their email clients to use smtp.*.cox.net to send outbound email, thus denying them the services they are paying for elsewhere.

Legitimate users are punished for the action of spammers 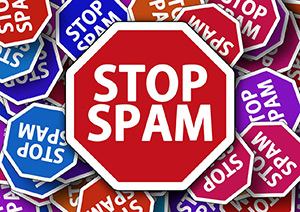 While we agree that spam is a problem that plagues most email users and we support legal initiatives to curb the flow of spam, we do not agree with a draconian policy that punishes legitimate email users for the offenses of illegitimate spammers. Instead of punishing the innocent email user, ISP’s should rather go after the spammers within the parameters of the law set forth by state and federal legislation. Although Cox’s anti-spam solution does reduce some spam in your email in-box while at the same time restricting lawful email content, it does nothing to prosecute the creators and posters of illegal spam content. It does, however, set a dangerous precedent of censorship of your email without notice to the publishers who might be affected.

Invasion of Privacy
Personal and private emails you send are being monitored by Cox Communications for the purpose of identifying what they consider offending messages and is being blocked if it adheres to an undisclosed filtering criteria. Cox not only blocks emails originating from known spammers, but also blocks emails based on the “content” in the body of the email – including legitimate communications between parties. It is stated on Cox Customer Support web page that, “Staff members and special software are dedicated to searching outgoing and incoming emails.”Cox claims to respect your privacy and does not read any email messages that pass through their service, however that has been demonstrated to be false from the tests we’ve conducted.If Cox and other American communications companies are not cooperating with the government in the invasion of your privacy, why would they need protection from the more than 40 lawsuits seeking billions in damages for alleged invasion of privacy? President Bush is demanding that any an intelligence authorization bill include retroactive immunity to telecommunications companies that from 2001 to 2007 helped the government tap calls of Americans without a court order

Denies Your Right of Free Speech
The blocking of wholly innocent email communications constitutes a prior restraint on speech that violates the First and Fourteenth Amendments and the Commerce Clause of the Constitution. Their ability to censor your email communications not only can negatively impact your business but is also a threat to your political and religious speech.

What Can You Do?

Cox Communications has a virtual monopoly on high speed cable service in Wichita, switching internet providers may not be a viable solution for everyone.  However, there are some options such as DSL from AT&T or perhaps Satellite Dish.

However, you should still let your voice be heard and express to Cox Communications along with local and state regulators that you will not tolerate the continued infringement of your consumer and constitutional rights.