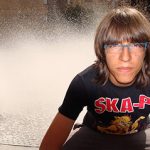 Imagine you’re seated at the kitchen table when out of the blue your 17-year old son announces that he is not going to college. What do you do? The first thought is to slam your hand down on the table and scream something to the fact that yes he will or face being dis-owned, but stop and think about this for a minute before jumping right into the war zone.

First , ask yourself why did he choose to make your day over coffee and juice at 7 AM in the morning? Was he mad over something the night before? Maybe you didn’t let him stay out all night at a late party. Why is he suddenly going to throw the notion of college out the door? If you decide that it’s possibly a rebellion thing, it might be a good thing to just ignore it altogether. He is throwing a tantrum and you could make it worse by meeting up to his challenge. 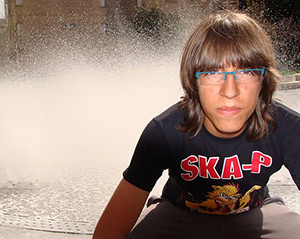 If you decide that his sudden “confession” is not one of retaliation or rebellion, find out why he doesn’t want to go to college. Take time to hear what he is saying and make sure he knows that you hear him by saying , “If I hear you correctly, you’re telling me that because Stanford is over 1000 miles away……” If your child was first looking at colleges relatively far from home, it may not be an issue of going to college, it may just be an issue of going too far from home. That is something, as a parent, you can live with and work on.

If your child has lost all ambition to go to college, find out why. Is it because he doesn’t think he can make it in College Courses or is it that he doesn’t have any idea of what to do with his life or what he wants to pursue? Once you find out the why it is easier to try to fix the problem. Understand, however, there may not be a “why” at all. Lack of ambition or involvement with drugs, alcohol, friends, girlfriends, and many other influences can weigh heavy on a child’s decision not to proceed with an education.

How you choose to handle the problem is entirely up to you, but use kid gloves. This may be a life-changing moment for your child. The sad thing is that the decision he makes in regards to his education will follow him for the rest of his life.

If your child hangs tough with the decision not to attend college, here is what you need to do:

Type up 2 formal documents and print them off for your child to look over with you. One document will be comparable to a rent agreement, and the other a loan.

If your child decides to pass on college, he needs to know that he can live at home but you expect him to pay rent. If he would prefer to live on his own, you will go with him to find an apartment and get him set up in his own place with everything he needs to survive on his own until his first paycheck comes in from the job that he is going to get . After two months, he can start paying you back this money.

Since college isn’t on his agenda, it’s time he were able to start doing things for himself. He is now on his own.