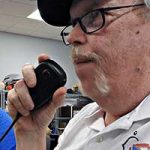 Although not as popular as in days gone past, ham radio operation is still a hobby pursued by many. The Federal Communications Commission license database shows 8,080 currently licensed amateur radio operators in Kansas – 1,504 with a Wichita mailing address.

I got started recently in the hobby (K0VAB) because of my interest in emergency preparedness and ham radios are an important part of communication when the traditional communications grid goes down.  Amateur radio operators were very important to pass along information evident in recent hurricanes in Louisiana, Puerto Rico, Florida, and the Carolinas.

The origin of the word “ham” for an amateur radio operator is rather interesting. “Ham” was used to mean anybody who was NOT efficient or talented in the field. In the early days, the amateur operators had a notorious reputation for sending in garbled Morse code. So, these amateur operators were called by many names including “ham” as opposed to the professional wireless operators. But, over time, the name stuck for the amateur radio operators and now it is no longer used in its initial derogatory way. 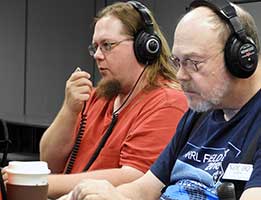 The hobby of amateur radio operators was also of public service during many times. In 1920 Amateur Police Radio was instituted to help “relay” information on crimes and thefts of vehicles and was very successful. Apart from using ham radio to connect to friends, families, they also connect to complete strangers. The ham operators have time and again been of great service during emergencies and disasters like earth quakes, hurricanes, and other natural disasters in transmitting reliable real time information about the condition and for the speedy movement and dispersal of the relief measures. This is a great public service since during these emergencies the only thing that works is the radio! The phone lines severed, other communication methods are ruled out and it is common for even the mobile networks to be clogged in traffic during these emergencies leaving hams as a great tool. There have been many documented evidence of the ham radio enthusiasts helping someone in trouble or helping to locate and nab a criminal.

The Wichita/Sedgwick County area AmRRon group holds a weekly “net” every Saturday at 9 p.m.  (146.420 MHz simplex).  Our main focus is emergency preparedness and emergency communications, but other topics may also be covered.

The amateur radio has become very organized since the first clubs of 1909. Each has a unique identifiable code by which they are known. Wichita has a number of ham radio clubs: 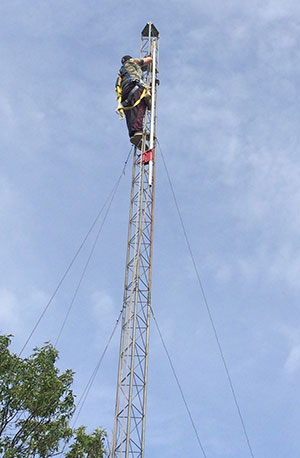 For many amateur radio operators, their main goal is to make contact with as many stations as possible from as many parts of the world as possible. DX-ing is the term used for contacting distant stations as opposed to those local or regional.  For many hobbyists, they rely on communication by making connections with meager equipment. Like in the past, today’s radio enthusiasts are always on the look out for constant equipment updates and becoming more proficient in the wireless technology. Even though they now get ready-made ham equipment, most are known to have a good knowledge of the working of the ham equipment as well as minor repairs and such.

One popular activity among hams is the exchange of QSL cards. Especially popular as part of DX-ing and DX-peditions the QSL card or the proof of contact card is shared. The common practice is that the ones who made contact at a particular frequency exchange a QSL card in the mail to confirm their contact and conversations. These QSL cards can be used as a proof of their making contact and amateur operators who make contact with a certain number of other amateur radio operators in a specified time is awarded.

There are several events held in the Wichita area where amateur radio operators get together face-to-face to share knowledge and tips about their ham radio operations or to simply socialize with one another. These are great opportunities for new hams or those interested in the hobby to rub shoulders with some of the more experienced ham operators in the area. 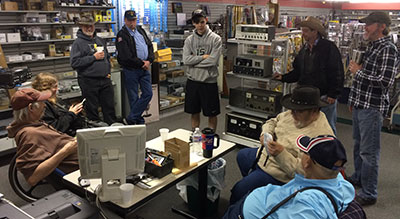 The Candy Store
Every Saturday morning at the Derby Radio Shack is an informal gathering of hams to ragchew, share and learn more about the hobby, demonstrate restored radios, meet some interesting people, and down a few doughnuts with a cup of coffee. If you’re in the area next Saturday morning, stop on by 707 North Baltimore in Derby.

.
In today’s world of cell phones, the internet, and blue-tooth, ham radio has its own place and reputation. The disasters and emergencies in recent years have themselves to be a special place that the radio transmission can come in handy.

When all else fails, amateur radio is there.
The following organizations are dedicated to providing communications services 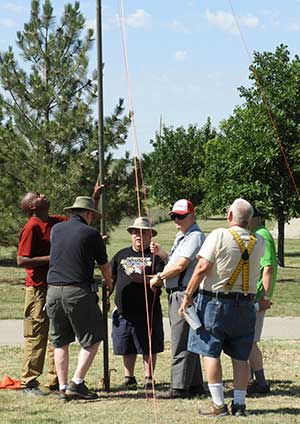 when all other formal means of communications fail.

As you can see, radio usage is not just limited to hobbies, but it spans across many different useful purposes.