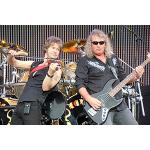 KANSAS Point of Know Return Anniversary Tour at Hartman Arena set for 8:00 p.m. on September 28, 2019. Launched as a celebration of the 40th Anniversary of the massive hit album Point of Know Return, the band will be performing the album in its entirety. The tour showcases more than two hours of classic KANSAS music including hit songs, deep cuts, and fan favorites. 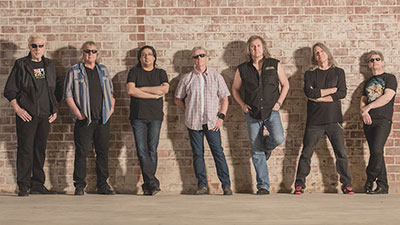 KANSAS is currently comprised of original drummer Phil Ehart, bassist/vocalist Billy Greer, vocalist/keyboardist Ronnie Platt, violinist/guitarist David Ragsdale, keyboardist Tom Brislin, guitarist Zak Rizvi, and original guitarist Richard Williams. Originally formed in 1973 in Topeka, KS, the band’s documentary film KANSAS: Miracles Out of Nowhere is currently being broadcast on AXSTV.  KANSAS has released 15 studio albums, including its most recent release The Prelude Implicit (2016), and plans to release of another new studio album in 2020.  With no signs of slowing down, KANSAS continues to ‘carry on;’ performing in front of large and enthusiastic audiences around the world.

According to Wikipedia, KANSAS is an American rock band that became popular in the 1970s initially on album-oriented rock charts and later with hit singles such as “Carry On Wayward Son” and “Dust in the Wind“. The band has produced nine gold albums, three multi-platinum albums (Leftoverture 6x, Point of Know Return 4x, The Best of Kansas 4x), one other platinum studio album (Monolith), one platinum live double album (Two for the Show), and a million-selling single, “Dust in the Wind“. Kansas appeared on the Billboard charts for over 200 weeks throughout the 1970s and 1980s and played to sold-out arenas and stadiums throughout North America, Europe and Japan. “Carry On Wayward Son” was the second-most-played track on US classic rock radio in 1995 and No. 1 in 1997.